Should You Dump Your British Pounds?

The crash of the British pound has been a major headline over the past week. After the new Prime Minister Liz Truss released her mini-budget, markets reacted strongly to the proposed tax cuts and increased borrowing. And not in a positive way.

The pound dropped sharply against the US dollar, bond prices crashed and things only began to stabilise once the Bank of England announced they’d stepped in to provide emergency security to the market.

With all this turmoil going on in the background, what should you do? Over the past week we’ve had clients consider shifting their cash into US dollars, with the aim to either protect themselves from a falling pound or potentially even profit from it.

As you’d expect, we’ve got a strong opinion on foreign exchange (forex) markets, and now seems like the perfect time to lay out our thoughts on the subject.

Why forex is a risky game

Right out of the gate, let’s be really clear on one thing. Trying to actively trade forex is a mug's game. Despite what the 18 year old influencers posing next to a rented Lambo on Tiktok will have you believe, it is nearly impossible to predict what forex markets will do.

There are so many moving parts to the market that trying to day trade or make short term active moves to generate profits is almost certain to end in disappointment.

It comes down to two main reasons. To start with, the strength of a currency takes into account almost every single facet of an economy. This means that the number of unexpected events that can occur to shift a currency are practically infinite. It’s not possible to predict with any degree of certainty.

Secondly, every currency projection is a two way trade. So even if you were able to rightly predict that the UK economy was going to go into a decline which could impact the currency, there’s nothing to say that the other currency you’re trading with (e.g. the US dollar) isn’t going to weaken as well.

Overall the currency market isn’t necessarily as obviously volatile as the stock market. When the stock market falls, everything tends to fall at the same time in a dramatic move that garners big headlines.

Currency, on the other hand, is always falling relative to something else. So if British pounds sterling (GBP) drops against the US dollar (USD), it means that at the same time, USD has gone up against GBP. For every up moment in a currency pair there is a down movement in the opposite currency.

However, individual currency pairs can swing wildly and it’s not difficult to end up on the wrong side of it. The USD and GBP pair has been a notable example over the past year. You can see from this graph below that £1 has fallen from almost $1.40 to as low as $1.05 in recent weeks. 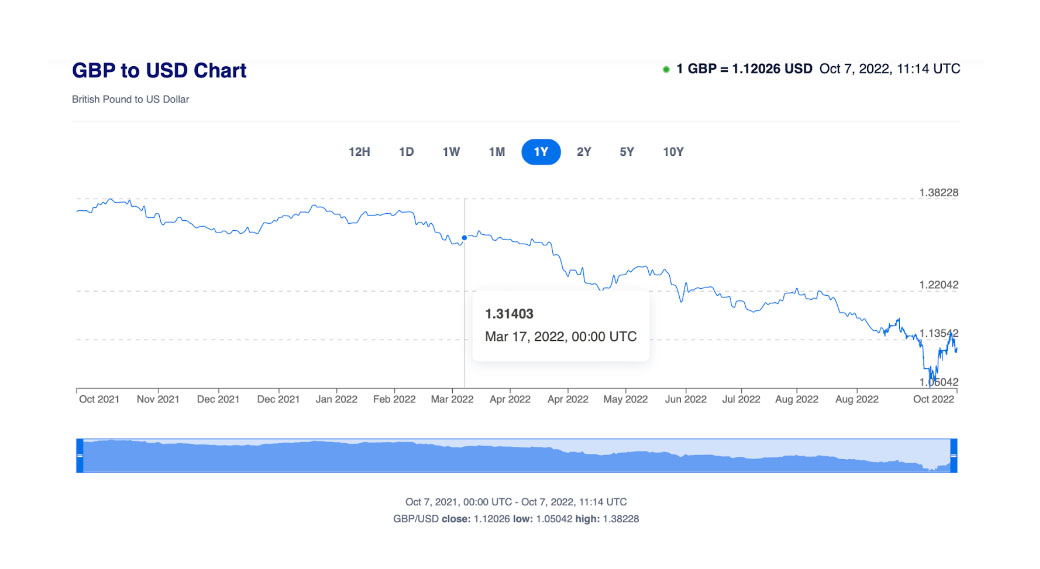 That means transferring £100,000 to USD would have given you almost $140,000 in October last year, and now it would mean just over $100,000. That’s a massive difference. When you begin to look at currencies from emerging economies, the volatility can be even greater.

Take the Venezualan Bolivar for example. Over the past 12 months, the currency has almost halved against the US dollar. For individuals or companies who need to move money regularly between the currencies, that can be catastrophic. 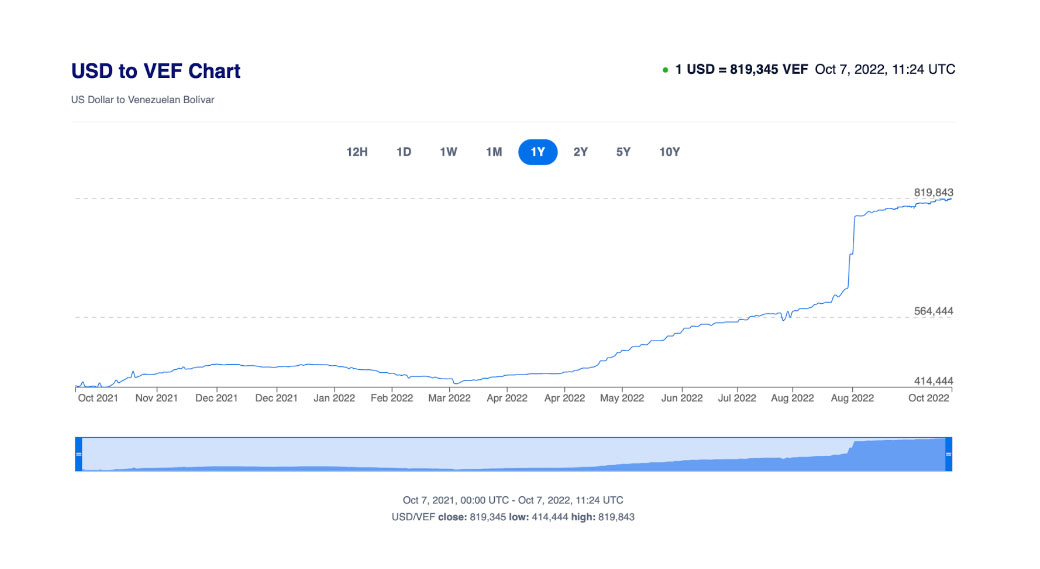 In short, the forex market is widely considered the most risky and difficult market to profit from. Even most professional investors don’t touch it, so regular people definitely shouldn’t.

How currency can impact investors

The other point to keep in mind is that investors will generally have some foreign exchange exposure through their investment funds. This can have a major impact on returns in both a positive and a negative way.

Because of this, movement in the currency will impact your returns.

Stay with us here.

Now imagine that the price of Apple shares doesn’t move. It stays at exactly $100 for the next six months, but the GBP crashes down from $1.25 to $1.

So you now sell your Apple stock, and because it hasn’t moved in price you get back the same amount you paid, which is $125,000. You think that it hasn’t been a great investment. However, now you transfer your $125,000 back to GBP, and because the value of GBP has fallen you now get £125,000 on the transfer.

So even though the underlying asset didn’t move at all, as an investor you made a profit in terms of your home currency purely because of the foreign exchange rates.

Of course, this can go the other way too. If GBP rises against the currency your investments are in, it can eat into your profits or even send them negative.

There are some sophisticated strategies that can be put in place to manage this risk such as currency options, in a process known as hedging, which comes at a cost. Generally speaking, at Rosecut we prefer unhedged investments, and instead take into account potential currency moves as part of the overall portfolio asset allocation strategy.

Match your currency to your lifestyle

So does that mean you should never purchase different currencies? No. As you might already know, at Rosecut we are all about designing your finances to match your lifestyle. It’s no different when it comes to your currency reserves.

One of the main risks with holding different currencies is the risk that it drops at a time when you need to convert it. The best way to avoid this issue is to match your currency holdings to your lifestyle.

As always, the simplest way to run through this is to use an example.

Michael lives a very international lifestyle. He spends between 3-6 months in the UK and around the same amount of time in Hong Kong. He also does business in the United States and will occasionally need to spend 6 to 8 weeks there once or sometimes twice a year.

If Michael was to keep all of his cash in a single currency, he could run into problems. Say he had everything in British Pounds (GBP) and this week he had to go to the US for one of his business trips. His GBP has dropped significantly against the US dollar (USD), which means his money is going to buy him a lot less.

The meal that usually would have cost him £100 GBP may now cost him £120 compared to his visit last year. The hotel room that was £500 per night may now be closer to £600. Despite the price in USD not changing, it is costing him more because the British pound buys less US dollars.

He could run into this same problem when he heads to Hong Kong.

It would also make sense for Michael to keep a stash of USD for when he travels to America for business. By matching his currency reserves to where he intends to spend his money, Michael is removing most of the currency risk from his finances.

The best approach to most financial decisions is to look at your lifestyle first and then make sure your financial plan supports it. This is true for retirement planning, saving for your children's future or managing your currency position.

If you have further questions about foreign exchange, or you’d like to learn more about how we manage currency within our clients investment portfolios, then simply book a call with one of our Rosecut advisors.

Please note that this is not a financial advice and it does not take into account individual circumstances. Please also contact a professional advisor prior to any decision making.

The value of an investment and the income from it can go down as well as up and investors may not get back the amount invested. This may be partly the result of exchange rate fluctuations in investments which have an exposure to foreign currencies. You should be aware that past performance is no guarantee of future performance.

Our team of experts at Rosecut have worked with many clients over the years and over time you start to notice common trends amongst behaviour and decision making. Although all clients are different and unique, we highlight three of the biggest mistakes wealthy investors tend to make.
Financial Planning
6 mins
Daniel Greenhough

5 rules for surviving a bear market

Our portfolio manager Daniel Greenhough takes a look at what a bear market is and what are the 5 rules we consider at Rosecut with our investment portfolios during such times in markets.
Investment Strategy
6 min